Thank you for contacting the show! Check the website often for updates and new episodes. 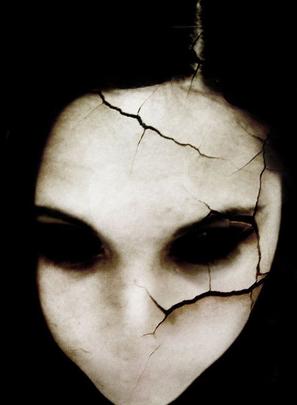 ​The mysterious host of ParaReality, known only as “Sandman,” is a former U.S. Government contractor who held a Top Secret clearance. He has seen things that he is unable to discuss, thanks to his time working for the DoD. Whenever he was 10 years old, he had his first paranormal experience and has been on a quest to understand the supernatural ever since.  He is a paranormal researcher and explorer and has investigated Waverly Hills Sanitorium, the Jerome Grand Hotel, and Dead Children’s Playground, just to name a few. He has also investigated haunted cemeteries in Hawaii and Tennessee and once went to the El Yunque National Forest in Puerto Rico to hunt the legendary Chupacabra!

In 2004, he began the ParaReality Podcast on the Live365 Internet Radio Network and his podcast held the #1 position for its genre for four straight years. He also hosted his own traditional radio talk show on WRFN in Pasquo, TN for over two years. In 2013, he won the award for Best Ghost Hunting Radio Show of the Year at The Paranormal Awards.

We were the only family to ever live in that house, so I know that no one ever died in it.  The history of the land, however, may reveal some clues.  It could have been the spirit of someone who had died there or close to there a long time ago or it could have simply been the spirit of someone who was "just passing by".
Now I'm an adult.  I have been to college and have a Bachelor's and Master's Degree and work as a medical professional.  However, I have been on a quest ever since that fatefull night to investigate and learn all that I could about Ghosts and everything paranormal.  To help me learn about those things, I have become a Certified Ghost Hunter and Paranormal Investigator through the International Ghost Hunter's Society.  I have had a few other experiences since then, but I'm not going to bore you with the details of them right now.
I have also always loved radio since I was a kid and I always wanted to be a radio DJ when I grew up.  With the invention of the internet, I was able to combine my two little hobbies into one big one.  In October of 2002, I started ParaReality Radio, an internet based radio talk show centering around the paranormal.  This gave me the opportunity to share my knowledge and experience with people on a truly global scale.
ParaReality Radio launched onto the internet airwaves in October of 2002 on the Alternacast Radio Network.  The show modeled itself after the worldly famous "Coast to Coast AM" radio program broadcast nightly on radio stations across the country.  Just some of the topics covered include:  Ghosts, Vampires, Werewolves, Bigfoot, Nessie, UFO's, Aliens and anything and everything of a mysterious nature.
After firmly establishing itself as one of the most popular programs on the Alternacast Network, Alternacast ceased operations and left ParaReality Radio and many others without a broadcasting home.  Eventually ParaReality Radio made it's home on the Live365 Radio Network.
The show was a success for 5 years and exceeded anything that I ever thought possible.  It was the #1 ranked show in its genre on Live365 for 3 years and many famous people in the paranormal community were featured as a guest on the show.  Unfortunately all good things must come to an end and I decided to retire from the show in December of 2008.
To no one's surprize, the itch began again for me in 2010 and I started looking into reviving ParaReality Radio.  However I didn't want to just do the "same old thing" again.  I wanted something different.  That's when I began to look into the possiblilty of internet TV.  Thanks to Livestream, that dream was made into a reality and I hosted my very own Internet TV show.
That, however, lasted only briefly and I eventually made my return to the medium that I love best - radio. The show is a little more scaled back from what it once was, but I still put all my heart and soul into it. I think you can tell that by the production value.
If you're in to the paranormal, like to look into mysterious things, or simply just want to listen to something different every once in a while, I think that you will enjoy my show.  I try to make it as informative as possible for the fans, as well as entertaining.  So, listen to the show, and let me know what you think.  Thanks for stopping by.
​

When I was about 10 or 11 years old I had an experience that would change my life forever.  I had a bunk bed that I absolutely loved to sleep on.  One night as I was sleeping soundly on the top bunk, I awoke from my sleep for no apparent reason.  I don't know what time it was, but it was either late night or early morning.  As I lay there, trying to go back to sleep, I began to hear the sound of footsteps lightly crunching the carpet coming from my parent's room.  It wasn't unusual for my mother to get up during the night to go to the bathroom or to the kitchen for something to drink.  For this reason, she kept a nightlight burning in the hallway.
We didn't sleep with the doors closed in our house and my parent's room was directly across the hall from mine.  I could see very clearly in the glow of the nightlight as I waited to see my mother appear and walk down the hall.  The sound of the footsteps got louder and louder as they left my parent's room and approached the threshold of my room.  They stopped right at my doorway and suddenly I heard someone or something give a long slow sigh and kind of smack their lips.  After that, the footsteps turned and walked away down the hall and then, silence!  As I said, I could see everything very clearly, thanks to the nightlight, and there was NO BODY attached to those footsteps!  I could see the doorway, the floor and my parent's room all very clearly.  Whatever made those footsteps wasn't my mother, father or the family dog.  To this very day, I have no idea what made those footsteps.

Sandman has appeared in the following magazines, radio shows/podcasts and television programs:​

​  If would like to book Sandman to appear on your radio show/podcast or television program, complete the contact form at the bottom of this page. You may also call the ParaReality Radio studio line at (615) 692-1170 and leave a message. His areas of expertise include the paranormal, UFOs, Ancient Alien Theory, cryptozoology, Hitler & the Nazis and chemtrails. He is available for interviews most days of the week.