ParaReality is an hour long podcast that talks to guests from all over the world as they explore paranormal/pagan/spiritual/inspirational topics and issues including subjects related to ghosts, spirits, hauntings, apparitions, electronic voice phenomena,, the unexplained, Wicca, the esoteric, the occult, magick, cryptids, UFO sightings, medicine, alternative healing, psychic abilities, conspiracy theories, and more.
Join long time paranormal researcher Sandman and his roster of special guests, experts and experiencers as they explore the realms of the known and unknown.  Listen to the podcast to learn about the great mysteries of the paranormal field in the 20th and 21st centuries.

​  ParaReality is the proud winner of the 2013 Paranormal Awards Best Radio Show of the Year!​

More than 2,700 leaders across politics and business have gathered in Davos, Switzerland, for an annual conference called the World Economic Forum. It’s been going on since 1971, and this year’s theme is 'Cooperation in a Fragmented World.' The meeting, which "allows some degree of coordination among elites," has long been targeted by conspiracy theorists. The theories reached a fever pitch after Klaus Schwab, founder of the World Economic Forum, published a book titled 'COVID-19: The Great Reset' in 2020.

The gathering is an annual event organized by the World Economic Forum (WEF), a non-governmental organization that says it is dedicated to promoting "dialogue and collaboration between business, government, and civil society."

They were joined by business tycoons including Amazon CEO Andy Jassy, Shell boss Wael Sawan and Gautam Adani, the Indian businessman who is currently the third richest person in the world. However, George Soros, the Hungarian-American billionaire and philanthropist has said he won't be able to attend this year "due to an unavoidable scheduling conflict."

With such an array of influential figures, it is surely no surprise that Davos attracts intense scrutiny, and is the target of unverified or debunked conspiracy theories.

​  The annual Davos meetings have long been the target of conspiracy theories, which generally argue an unaccountable elite secretly uses the forum to plot their control over the world, to the detriment of wider humanity.

Some more extreme critics, often connected to the Donald Trump-supporting QAnon movement, falsely believe the WEF acts as a sanctuary for pedophiles and Satanists.

While some of the wilder conspiracy theories aimed at the WEF are clearly wrong, the group is influential with questionable accountability. After all, the meeting take place in a wealthy ski resort with strict limits on public access, so why wouldn't they be suspected of conspiring?

This kind of networking may not constitute a conspiracy, but neither does it represent a transparent and democratic way to address global problems.

Never heard of the World Economic Forum? Never heard of Davos, Switzerland for that matter? Do you know what The Great Reset is? Well don’t worry, because if you’ve never heard about those things, I’m going to be telling you about them tonight. You’ll learn all about the WEF, and the two big conspiracy theories that go along with it.

To learn more, you'll have to Turn On, Tune In & Find Out! 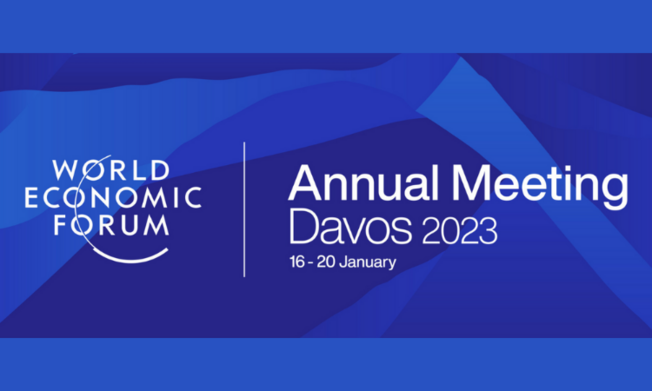 If you're a fan of the podcast, why not become an Agent of K.A.O.S. (Knowledgeable Apprentices of Sandman)? Offered through Pateron, Agents of K.A.O.S. enjoy exclusive benefits that are not available to regular listeners, such as member only episodes, special swag, the ability to help create the podcast, appear as a guest and more. Membership levels are extremely affordable at $1.00, $3.00 and $5.00 per month. Click on the button below to become an Agent of K.A.O.S. today! 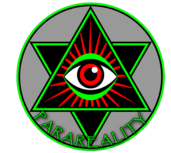 If would like to book Sandman to appear on your radio show/podcast or television program, click HERE and complete the contact form at the bottom of the page.

Listen to ParaReality on your favorite podcast platform. Click on the Podcast Links button to find out how to listen.​

ParaReality is a proud member of the Straight Up Strange Podcast Network. Dislocate from everyday reality with Straight Up Strange’s line of high quality podcasts. From true crime & paranormal encounters to cryptozoological cases, historical mysteries & scientific enigmas nothing is off limits when you enter the World of Straight Up Strange.